This is a fresco of the Last Supper and it has been painted, appropriately, in the sisters’ dining room. The moment in history represented is when Jesus consecrates the bread and breaks it for distribution to the eleven apostles; Judas has left in a hurry and his chair has fallen on the floor. The raven with the two coins in his beak reminds us of him. Jesus is looking at the viewer wherever he may stand. The Apostle at the extreme right looking at the viewer is Doubting Thomas. The one on Jesus’ right is Peter and the one on his left is John, the beloved disciple.

The models are all local people or visitors that the artist met in Dingle and were pleased to be part of this beautiful solemn scene.

The intention was to create a large[1]scale Last Supper permeated with local images, scenes, and art forms. In fact, the Apostles themselves were all men that the artist found in various searches throughout Dingle town. About twenty such men with the right face and demeanour were spotted, approached and asked to model. They all kindly agreed and modelled, sometimes in full costume, for drawings and photographs. As the design progressed, the models were selected and their placements around the table began. The items on the table as well as the background were pieced together in much the same way as the Apostles. The glasses, pitcher and ceramic vases were crafted by local artisans. Even the bread, fish, olives and wine were locally made. The only exception is the golden chalice which was modelled on Ireland’s famous Ardagh chalice. Every etched symbol that one might find across the work, such as the Riasc cross and Inis Tuaisceart on the far left, or the crosses on the left column, references ancient Ireland through its achaeological sites on the Dingle peninsula. In the centre windows one will find part of the large copper beech that grows over the sisters’ cemetery, just outside. Yes, you can also see Brandon Bay and if you look very close, you can see St. Brendan in his boat heading off on his adventure to discover North America. The importance of permeating the fresco with a local flavour required to include parts of the Harry Clarke stained glass windows from the chapel upstairs in the Díseart building. Painted on the two pillars below the table, you will see a unique three-tiered cross which you can see on top of the Díseart building.

The artist of this Last Supper, Eleanor E. Yates, is a native of Denver Colorado. She has been coming to Dingle for some ten years and has done something artistic every year—renovated the Fatima shrine near the parish church one year, painted a Madonna and Child another year. This major work was commissioned by the Díseart under the direction of Mgr. Pádraig Ó Fiannachta.

Eleanor Yates was born and raised in Colorado. She went to the University of Northern Colorado, where she qualified as a mural artist. Eleanor was commissioned to paint the renovate and repaint the shrine of Our Lady of Fatima by the church in Dingle. She did that later and did it beautifully in 2005. However, before she had it finished, a priest, Fr. Sharpe CSSp, ministering in The Gambia, West Africa, came along looking for a mural painter to decorate the big new church he had just built in The Gambia. Eleanor agreed that she would do the work for him, and since then she hasn’t stopped working far and wide—in Dingle, Colorado, Philadelphia, Iowa and California.

Fresco is a complicated art, widely used in Italy in Roman times and especially later during the thirteenth and fourteenth centuries. In this art, pure ground pigments made from various rocks and minerals are mixed with water and rapidly painted onto a section of wet plaster. The artist has only a few hours before the plaster sets into stone and the work cannot be added to. In this Last Supper scene there was no glaze or over-painting following the drying of the plaster. So it is truly what is known as ‘buon fresco’. One hundred years before Leonardo da Vinci painted his Last Supper one could find the last Supper scene in monasteries and convents throughout Europe. Throughout the centuries it has remained a popular theme especially for refectories.

The first step in the work was hacking away all the old plaster from the wall. The first layer of plaster, the trusilatium, was then applied. This is 2cm thick and is three part sand and one part lime. The cartoons of the whole design were then prepared. The second layer of plaster, the arriccio 1/3 inch thick, two part sand and one part lime was next applied. The cartoons were then transferred to the wall which was rough and scored. The arriccio demands much wetting so that it does not dry too quickly or crack. The drawing of the design on to the arriccio layer is called the sinopa. The next layer of plaster is called the intonaco or velo. It is 2-5mm, one part sand one part lime, or, alternately, one part lime half part marble dust, half part sand. This sand must be put through a sifter so that it is composed of small grains. This layer carries the actual painting which is soaked into the plaster as it dries and solidifies. For this final stage the whole scene was divided into 40 sections, one of which was painted everyday. The process in total took eight months to complete. 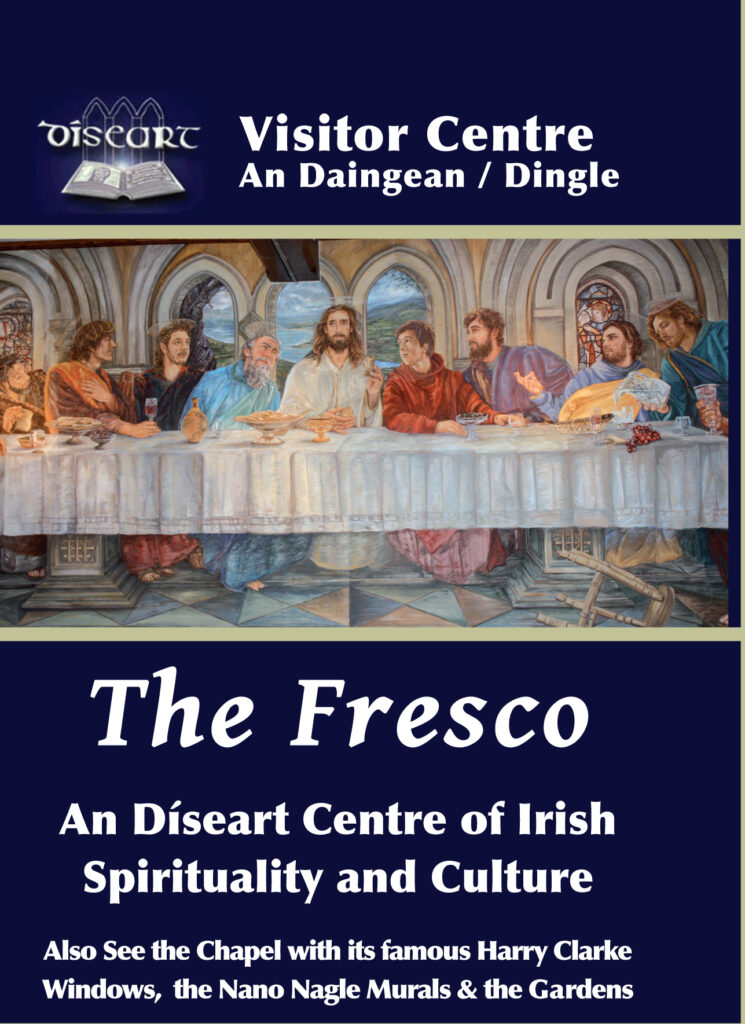